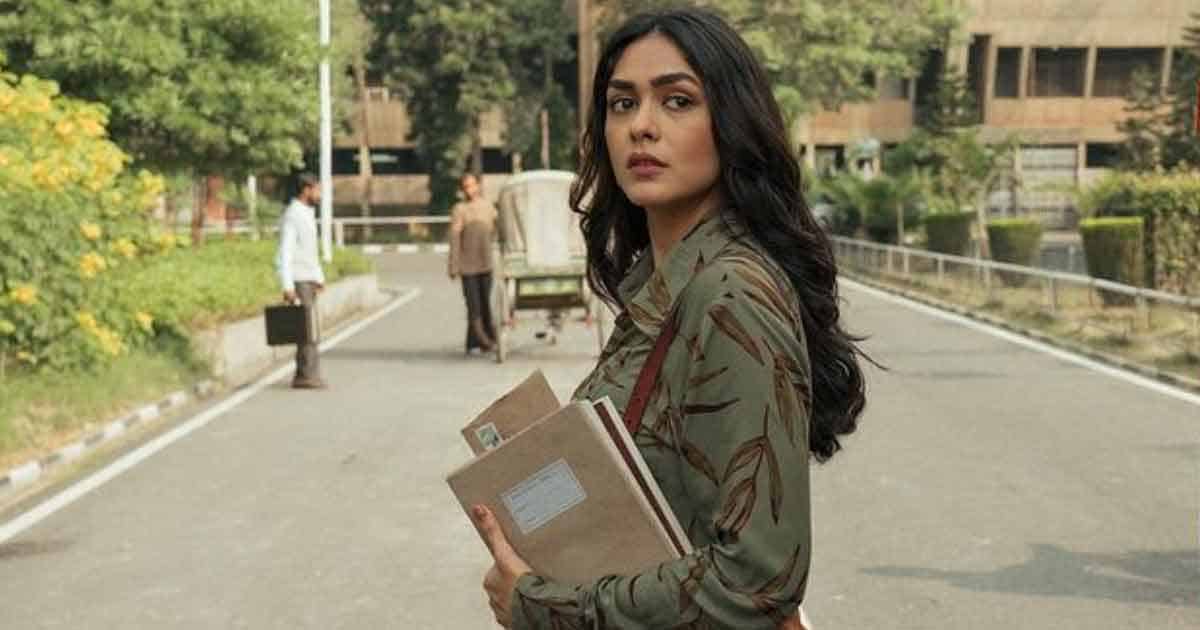 Bollywood actress Mrunal Thakur, who has wrapped up the shooting of the upcoming film ‘Pippa’ that also stars Ishaan Khattar, says the film has given her a chance to know about a glorious chapter of Indian history.

Mrunal said, “‘Pippa’ has shown me such a great time and enriched me as an actor. I thoroughly enjoyed reading about the era as part of my prep. It is an honour to be part of a film that depicts an Indian victory by making it personal. The experience of working with Raja Krishna Menon, Ronnie Screwvala, Siddharth Roy Kapur, and the entire cast was fantastic.”

Mrunal Thakur will be seen essaying the role of Ishaan Khatter and Priyanshu Painyuli’s reel sister in the film.

While Soni has also wrapped up her portion of the shoot, Khatter and Painyuli will continue shooting for the Raja Krishna Menon directorial.

Based on ‘The Burning Chaffees’ written by Brigadier Balram Singh Mehta, ‘Pippa’ is a heroic tank battle film that underlines the bravery of the war veteran of the 45th Cavalry tank squadron who, along with his siblings, fought on the eastern front during the Indo-Pakistan war of 1971, which led to the liberation of India’s neighbour Bangladesh.

Christened as ‘Pippa’, the amphibious war tank involved in the victory, is akin to an empty ghee ‘dabba’ that smoothly floats on water.

Must Read: When Vinod Khanna Spoke About Not Being A Saint: “I Need S*x As Much As Anybody Else Does”

This amazing article on “Mrunal Thakur On 1971 War Film ‘Pippa’: “It Enriched Me As An Actor”” was originally found here