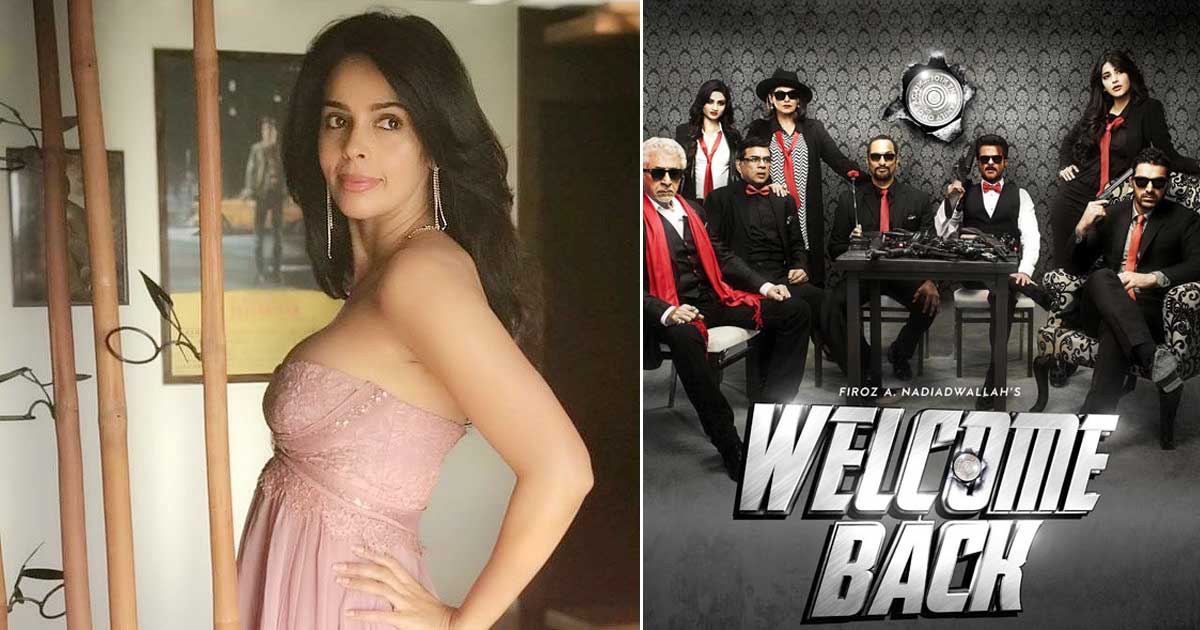 Mallika Sherawat Spills The Beans On Why She Wasn’t Part Of Welcome Back & It’s Shocking(Pic Credit: Instagram/mallikasherawat, IMDb)

Mallika Sherawat has over the years featured in several Bollywood films. One of her most loved performances was that Ishika Kanojia in the multi starrer Welcome. Even though she was much loved in the comedy, Mallika was missing from the sequel Welcome Back. In a recent conversation, the actress got candid about the reason she lost the film.

While recent interacting with Pinkvilla, Mallika Sherawat was asked about the possibility of another sequel in the Welcome franchise. To this, the Hiss actress replied, “Welcome ka sequel banega toh director apni girlfriend ko hi dalega na usmein. Welcome 2 bana toh usmein apni girlfriend ko daal diya batao, ab main kya karun? (If a sequel of Welcome is made, then the director will only cast his girlfriend. When Welcome 2 was made, he cast his girlfriend in the film. What do I do now?).”

While refraining from taking names, Mallika Sherawat further said, “But this is true. When they make a sequel they cast their girlfriend, the hero casts his girlfriend, what do I do then? I don’t have any boyfriend in Bollywood, I have never been with any actor, director or producer. With me like this is my work, if you think I am worthy of your project I would love to be a part of it. But if a director, or a producer or an actor – if they want to cast their girlfriends then it’s their choice.”

The actress, while signing off, stated that actors and filmmakers casting their girlfriends in their films is the reason she lost out on Welcome Back. She said, “Absolutely. What should I do? That is the only reason I lost out.”

On the work front, Mallika Sherawat was recently seen in the just-released web show Nakaab. She will soon be seen playing a part in Rajat Kapoor’s next film, wherein she plays an actress. The report also states that Mallika will be shooting for another show with Mirzapur showrunner Gurmeet.

Stay tuned to Koimoi for more.

This amazing article on “Mallika Sherawat On Losing Welcome Back Says, “The Director Cast His Girlfriend” & How She Has ‘No Boyfriend’ In Bollywood” was originally found here