Shilpa Shetty twins with her kids Viaan and…

After a soulful Ganpati Puja celebration at home, actress Shilpa Shetty has now flagged off the immersion festivities. A while ago the shutterbugs captured her along with her family at her residence for the same.

In the pictures, Shilpa can be seen twinning with her kids Viaan and Samisha in shades of peach, pink and green. Donning one of her brightest smiles, she cradled Samisha in her arms, and guided Viaan to offer his prayers. Shilpa’s mom Sunanda Shetty was also seen joining them. 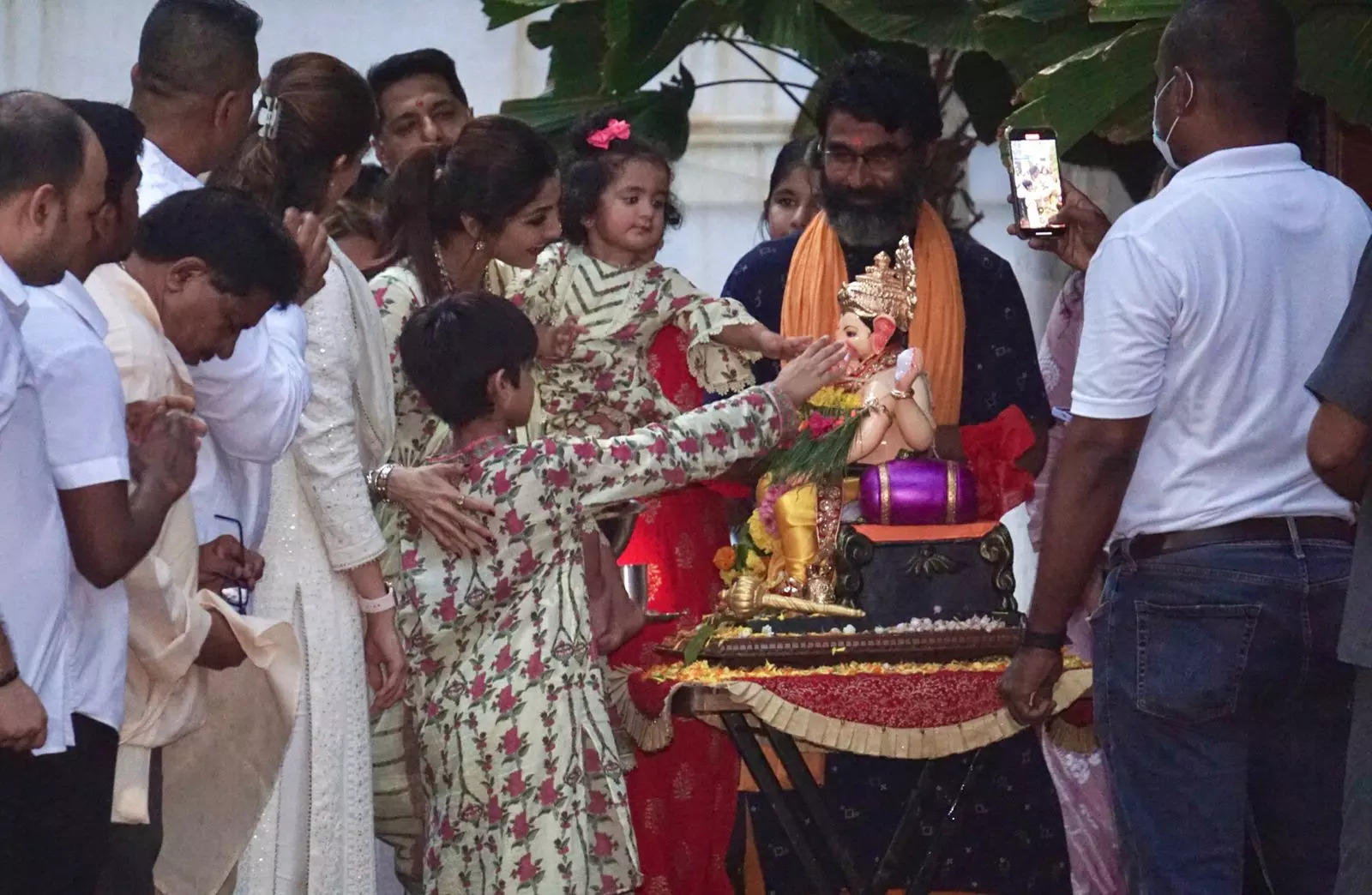 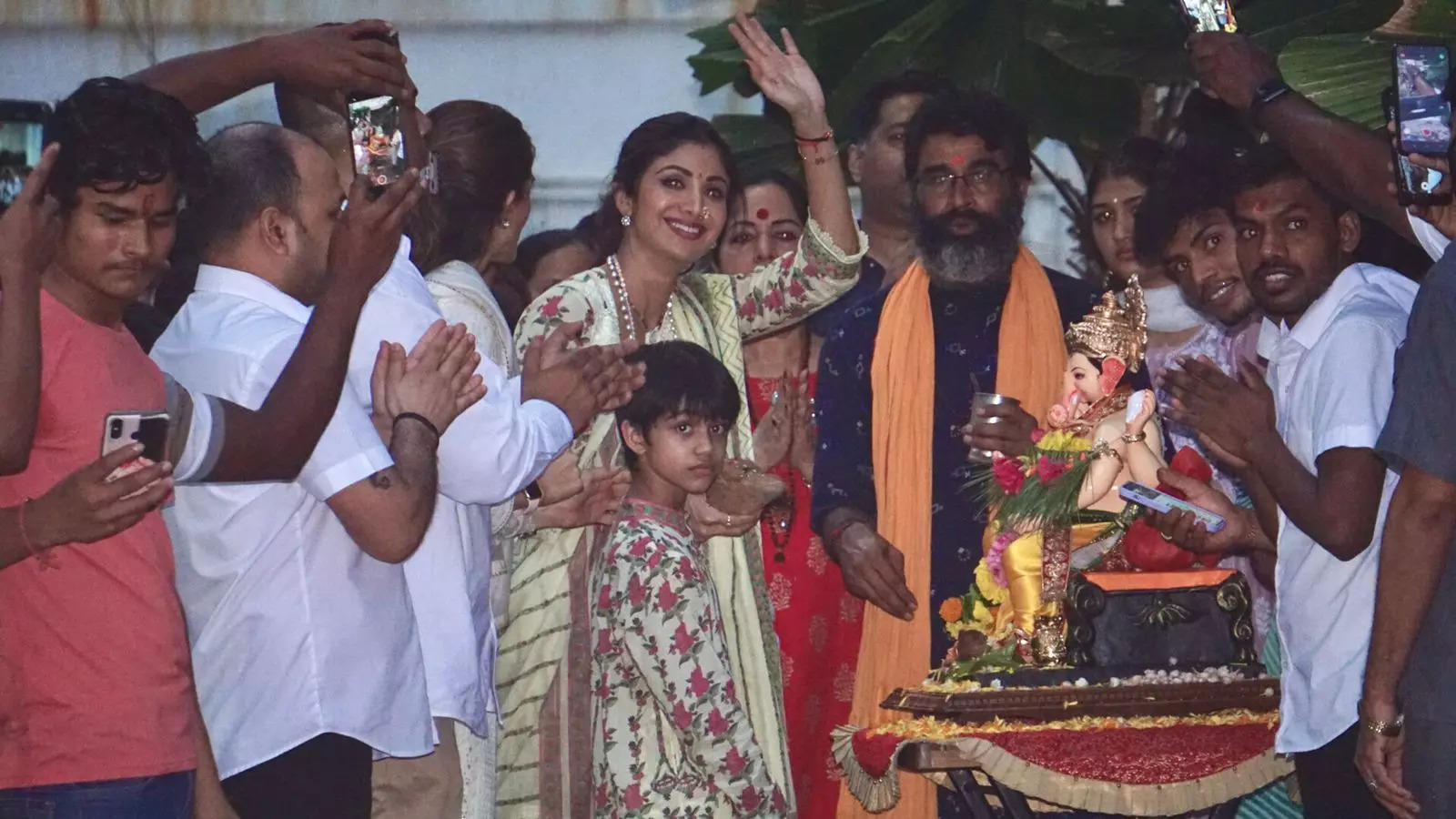 Earlier, the actress also shared a heartfelt video and some of the best moments from the Ganesh Puja at her home. She along with her kids Viaan and Samisha offered prayers to the deity. Have a look :

Meanwhile, Shilpa made her comeback into films after 13 long years in Priyadarshan’s ‘Hungama 2’ co-starring Paresh Rawal, Meezaan and Pranitha Subhash in lead roles. The film, released on an OTT platform, received mixed reviews from the audience and the critics alike.

Next, she has Sabbir Khan’s ‘Nikamma’ in her kitty where she will be seen sharing the screen space with Bhagyashree’s son Abhimanyu Dassani and Shirley Setia in lead roles. The makers are yet to announce the release date of the movie.