Here are 10 Bigg Boss contestants who look fab in a bikini inside and outside the controversial house. Take a look. 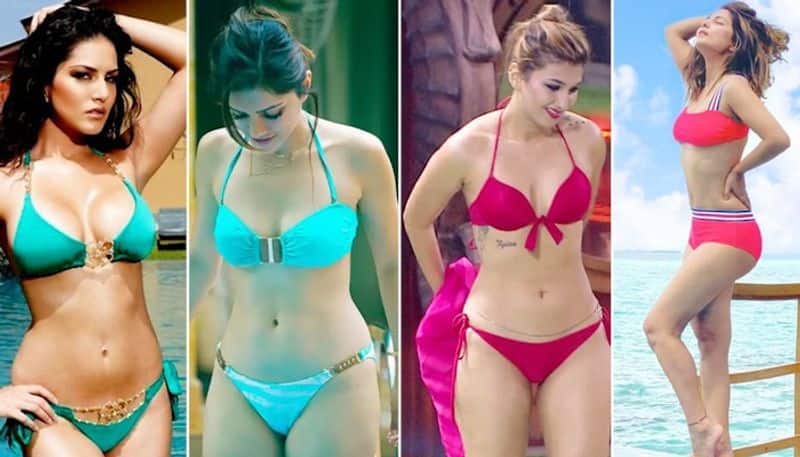 A few weeks ago, Bigg Boss 14 winner Rubina Dilaik showed off her curvy body in a black bikini as she posed on a beach. She also donned a blue bikini in a pool. 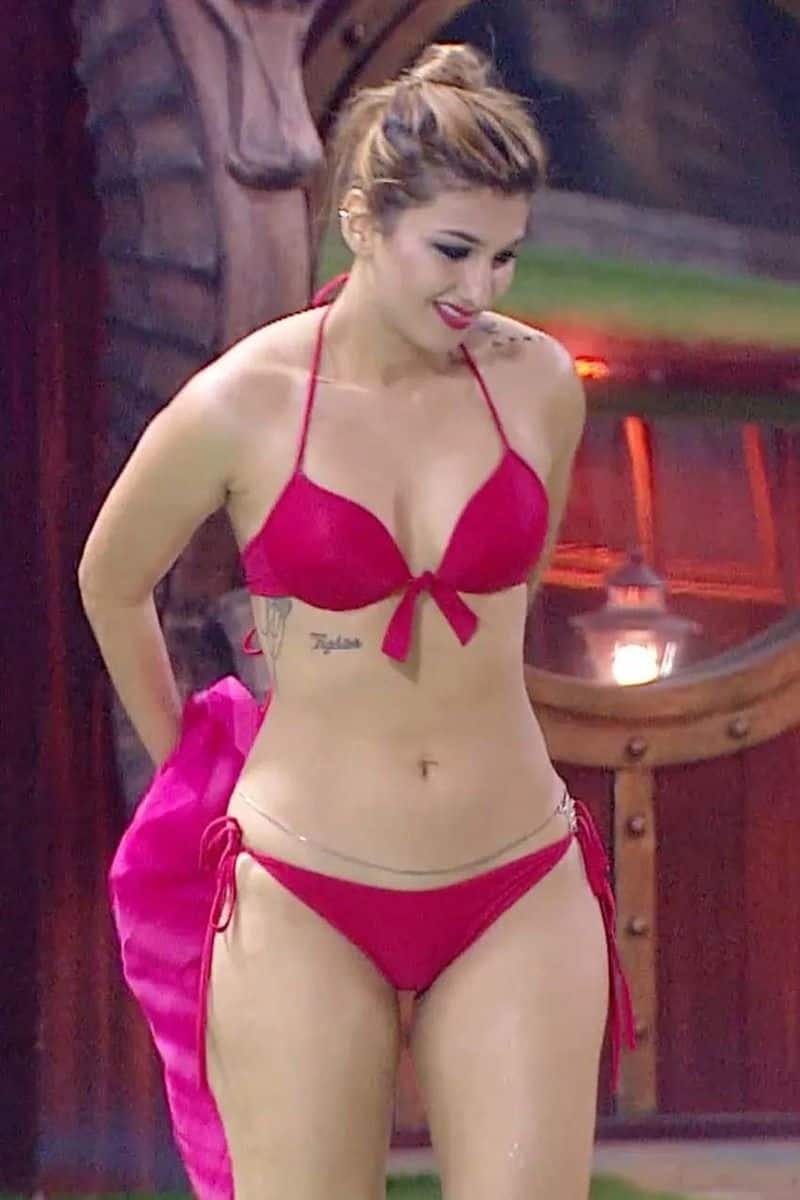 Singer Jasleen Matharu had shocked the nation when she announced her relationship with Anup Jalota after her entry in Bigg Boss 12. She has once donned a red bikini in the house. Bhojpuri film actress Monalisa once wore a neon bikini while taking a dip in the pool on Bigg Boss 10. Post Bigg Boss, she lost a lot of weight and won hearts with her toned body. 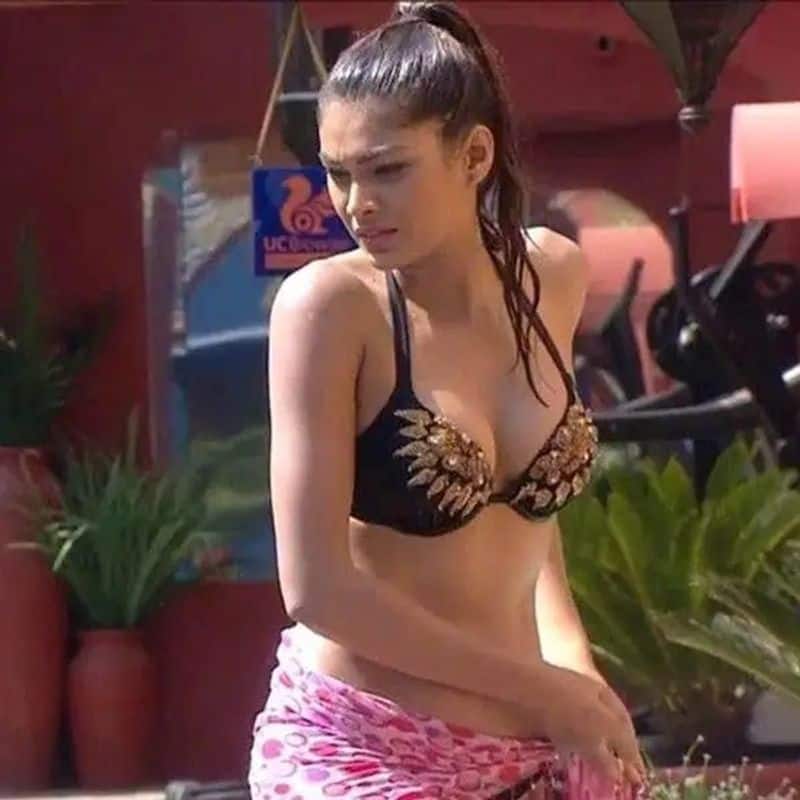 Lopamudra Raut is all set to impress the fans with her upcoming show ‘The Socho Project’. She was a part of Bigg Boss 10, and in the house, she donned a sexy bikini and showed off her curves. 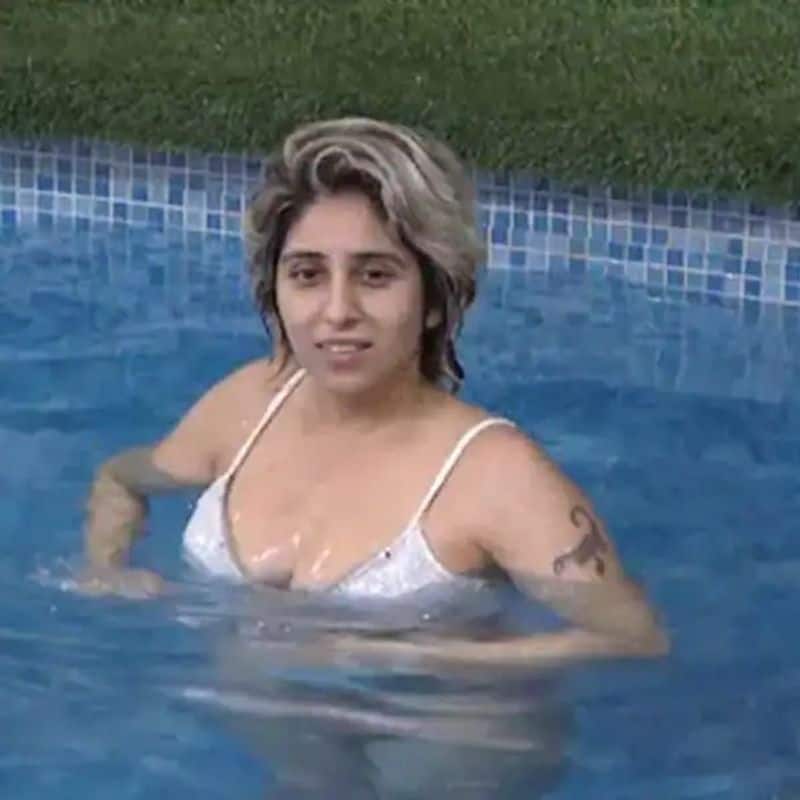 Bollywood singer Neha Bhasin, who is currently inside the Bigg Boss OTT house, has recently taken a dip in the in-house pool in a white bikini. 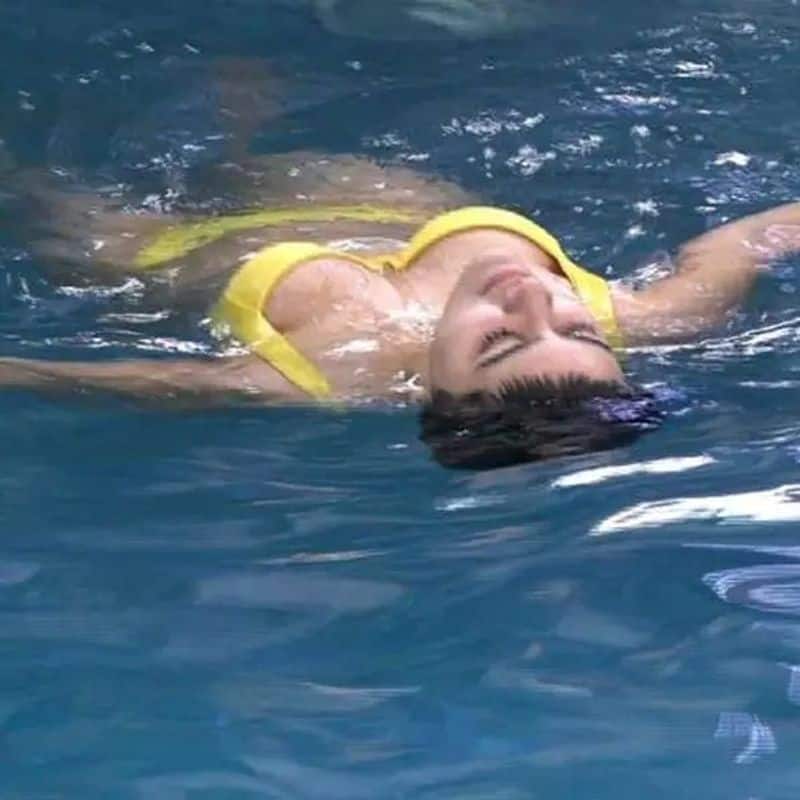 With Neha Bhasin, her co-contestant Jattana Moose enjoyed the pool in a yellow bikini inside the Bigg Boss OTT house.

Hina Khan recently treated her fans with hot and sexy bikini photos from the Maldives. She went with her beau Rocky Jaiswal and posted some stunning pictures on social media. 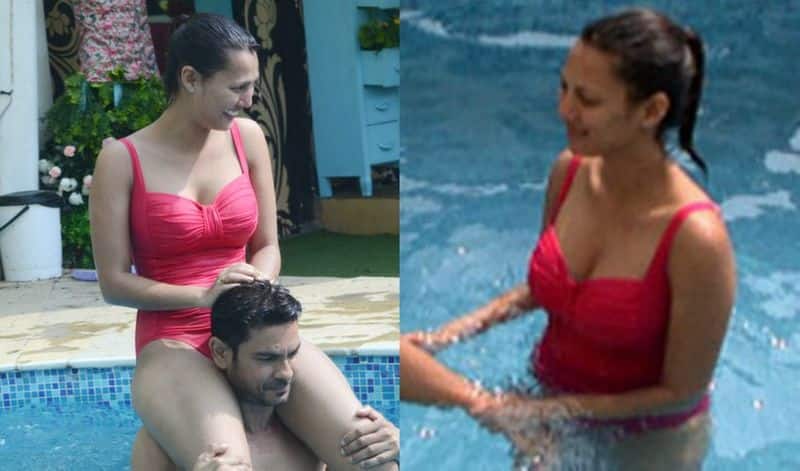 TV anchor and IPL host Rochelle Rao was crowned Miss India International in 2012. Rao was also featured in Kingfisher Calendar and various TV shows. In the Bigg Boss house, she was seen in a pink monokini. 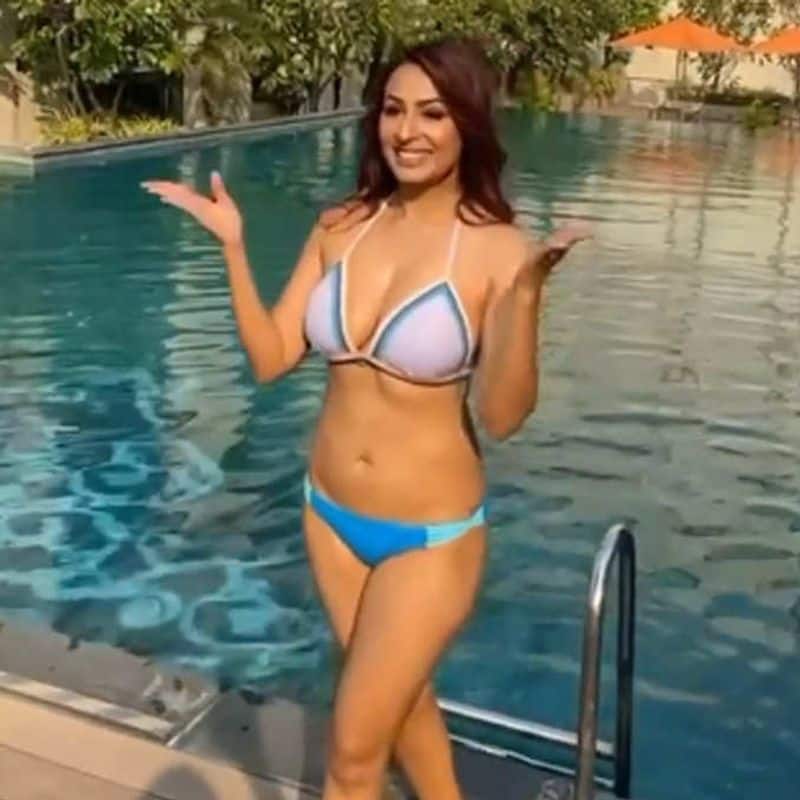 TV actress Kashmera Shah once wore a black bikini on Bigg Boss 1; besides, she appeared in many Hindi and Marathi films. Kashmera is married to Krushna Abhishek. 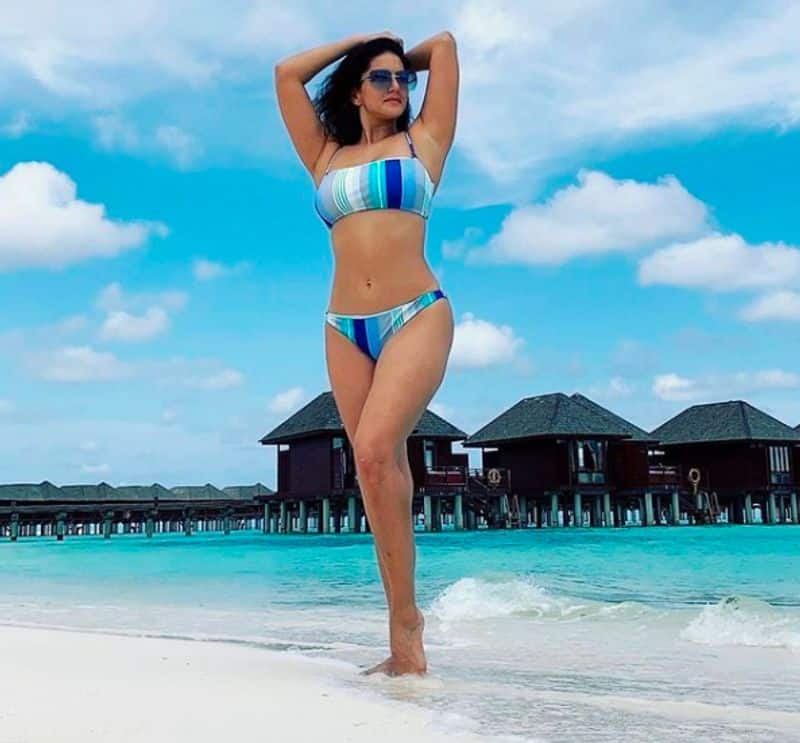 Actress Sunny Leone was Bigg Boss 5 contestant, and she wore a black bikini with a plunging neckline inside the house. Besides that, she is seen donning bikini in many of her films and photoshoots.