He’s putting the “ain’t” in saint.

A highly religious Colorado man is being dragged on social media for allegedly sexually harassing a group of bikini-clad teens — all in the name of his “Lord and savior.”

At a Fort Collins reservoir over Labor Day weekend, an adult man known as Logan Dorn online, whose age is as-yet unclear, was filmed haranguing the young women, most of whom are reportedly aged 18, for wearing bikinis at a beach.

One of Dorn’s targets, 18-year-old Mia, filmed the uncomfortable exchange and posted the now-viral footage to TikTok, where it has racked up 2.4 million views.

Dorn, meanwhile, has claimed that he acted in “righteous anger.” (Yes, he has his own religion-themed TikTok, modestly dubbed “THE DWELLING PLACE WHERE YOU CAN ENCOUNTER GOD.”) 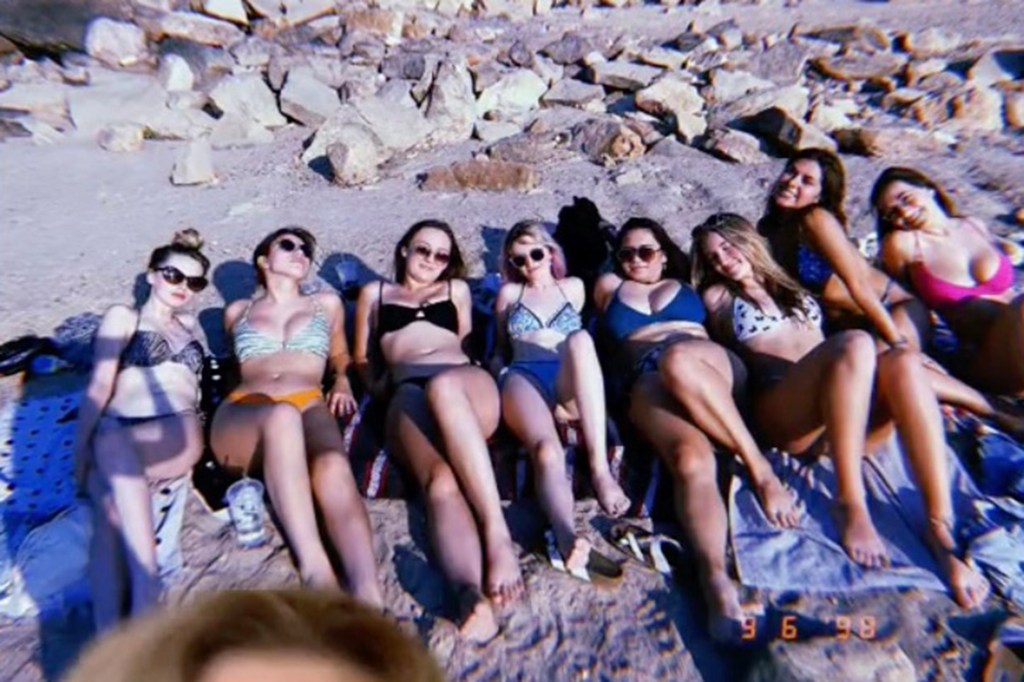 A God-fearing Colorado man has been damned by netizens after footage showed him harassing a group of women over their too-revealing swimsuits.TikTok

“Take young eyes into consideration. They don’t need to see pornography right in front of them. You’re flaunting your stuff,” he told the group of women as they filmed.

“Please leave us alone. Kindly,” one of the women asks in an effort to quickly and politely disengage with Dorn. 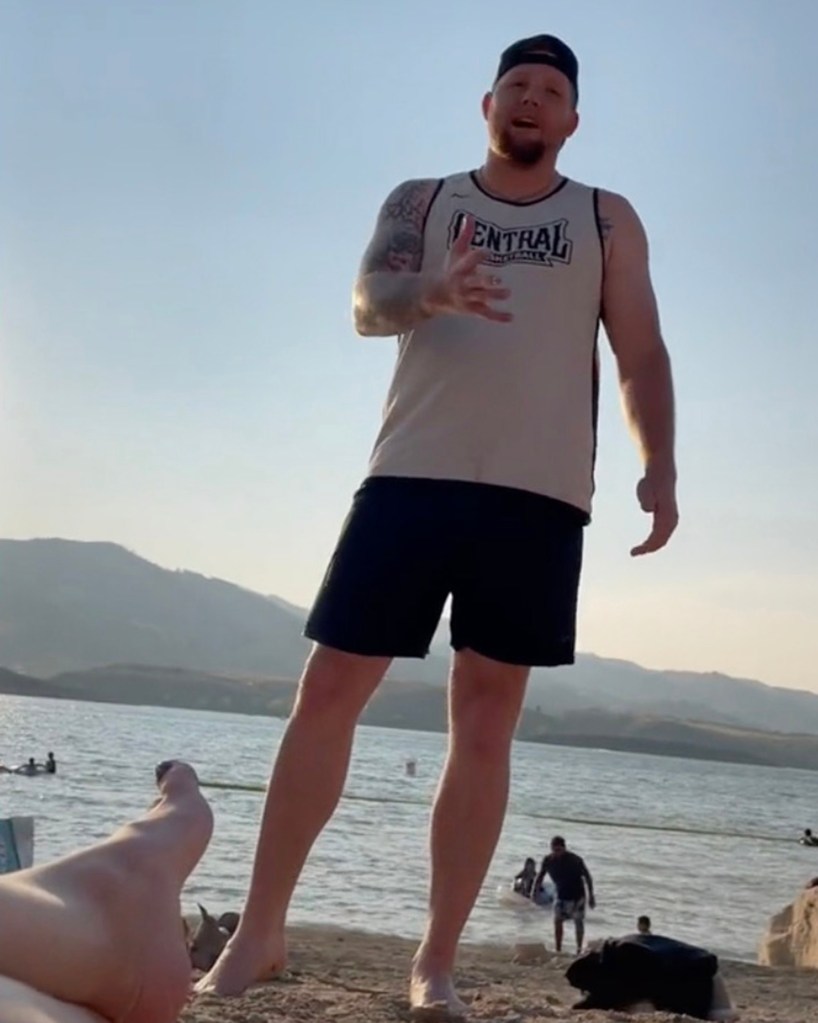 TikTokker @ggarbagefairy, named Mia, captured Logan Dorn at a Fort Collins reservoir, talking down over their scantily clad bodies. “Being introduced to pornography at a young age, it destroyed me and I in that moment just a righteous anger to defend and protect young eyes,” he later explained.TikTok

From behind the camera, one of the women reiterates, “Please go away… don’t look at me.”

“You look around and you’re the only thing that sticks out,” he insists.

Dorn continues digging his proverbial heels in the sand, saying that America boasts “free will” and “freedom of speech” — meaning he had a right to be there, telling the women to cover up.

He then added that he’s speaking not only for the sake of democracy, but on behalf of the will of God. “If men of God don’t stand up, then our society’s gonna go down the drain because there’s no morality,” he says.

The women snicker at his proclamations all the while.

“And if your eye causes you to sin, pluck it out and cast it from you,” he continues. 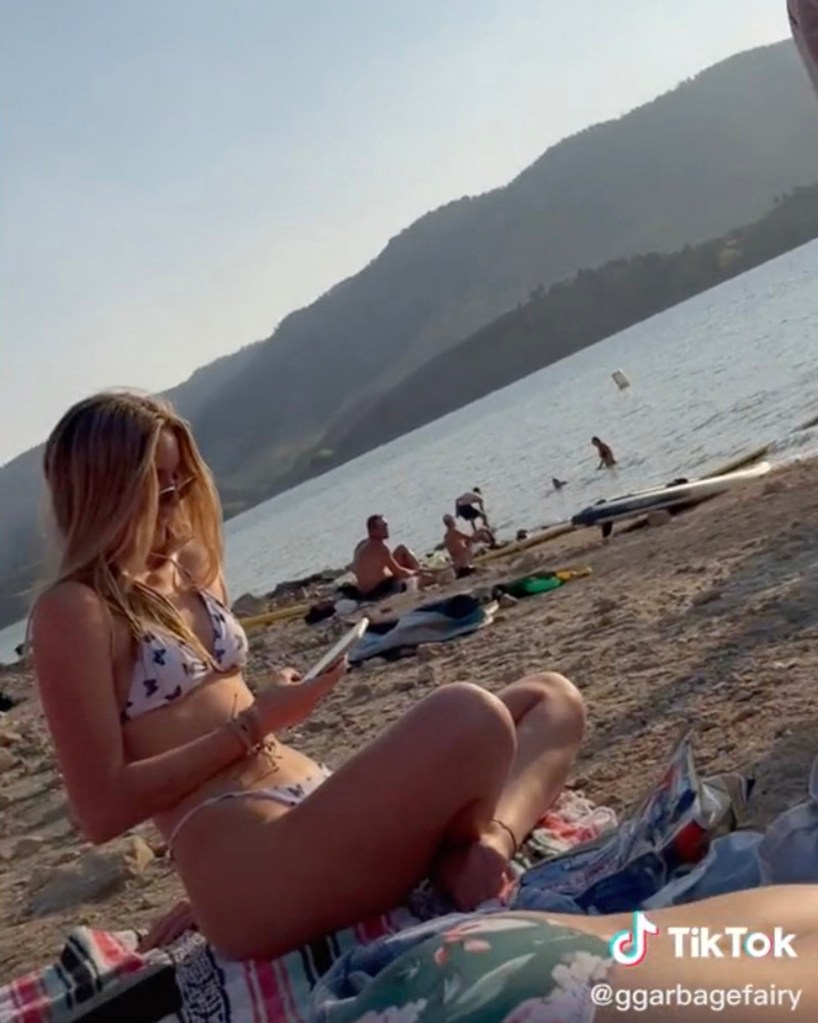 The woman have said their outfits were entirely appropriate for the beach, and those upset by their dress, including Logan Dorn, should have averted their eyes.TikTok

Meanwhile, the woman who appears to be in Dorn’s party approaches the preacher and directs him away — but not before giving the women her own two cents. “It does matter what you guys wear, not because of what he says, but because you need to value yourself,” she tells the women.

Mia’s footage, parts one and two, have since racked up over 3.5 million combined views across social platforms, namely TikTok. Many following the story have come to the support of the bikini-clad women.

Viewers also observed that Dorn appeared unfazed by the fact that a man in a Speedo swim suit — an equally revealing number — was sunbathing nearby.

One of the young women in the group, named Maddie, commented on a video after seeing fans pile-on Dorn. “We should have thrown sand at him!” she replied. “I’m so sorry. We didn’t think about it.”

“The fragile masculinity, off the charts,” added Mia in a follow-up video. 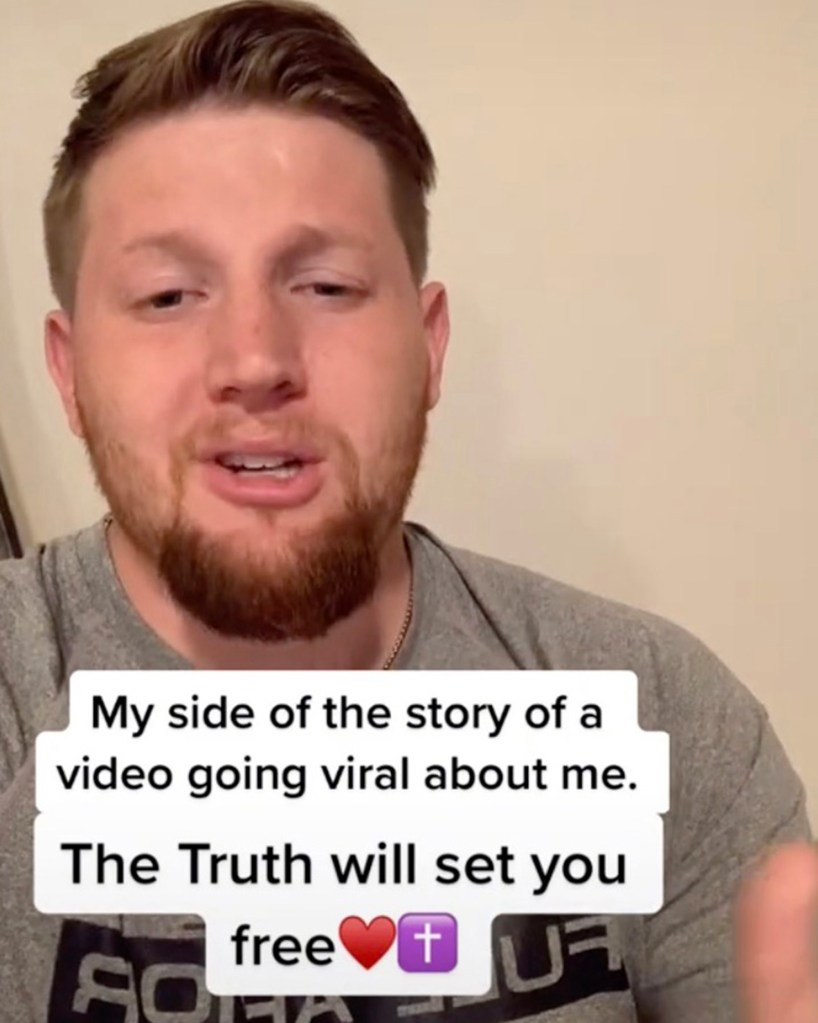 “I felt just a righteous anger come over me, and also just a boldness by the Holy Spirit just to go and confront these ladies and to speak to truth that, ‘Hey what you’re wearing is not OK for a 9-year-old boy or a 6-year-old boy,’” Dorn said.TikTok

“My side of the story is, I was at a reservoir or a lake and I was with family members, all different ages, from my age to college age, all the way down to … a 2-year-old girl,” he says, in one of three separate responses on TikTok, all of which combined have received less than 800 “likes” in support.

He then reveals that someone with his group wished to relocate due to “college-aged women showing too much.”

“Right then and there, I felt just a righteous anger come over me, and also just a boldness by the Holy Spirit just to go and confront these ladies and to speak to truth that, ‘Hey, what you’re wearing is not OK for a 9-year-old boy or a 6-year-old boy,’” he said. 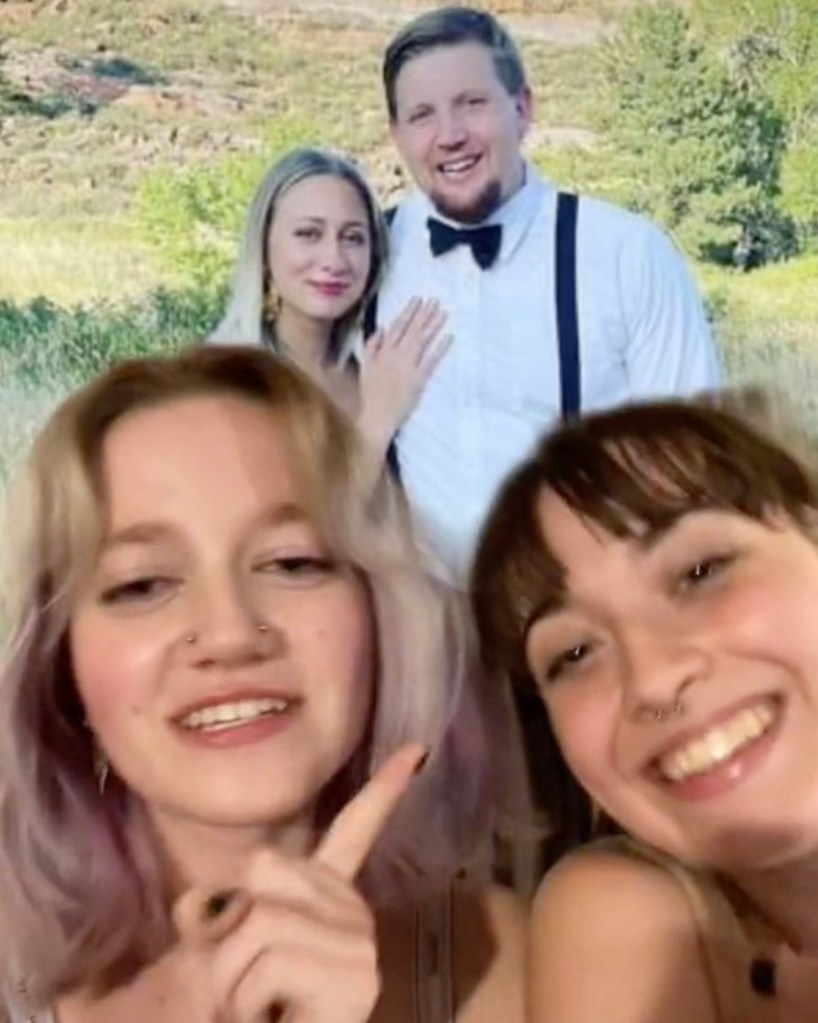 The videos posted by Mia, a k a @ggarbagefairy, have racked up more than 3.5 million views collectively.TikTok

He claimed he was coming from a position of personal experience — having struggled with an apparently dire pornography habit. “Being introduced to pornography at a young age, it destroyed me and I in that moment just a righteous anger to defend and protect young eyes,” he explained.

“You can’t find your worth in your body, that the physical never satisfies, that there’s gonna come a day when you’re face to face with God… you know, things of that nature,” Dorn continued.

“Our society is on such a downcline of morality, pornography and lust is at an all time high,” he added.