Indian actress Kangana Ranaut is keen on impressing upon her loyal fan base that she has a lot in common with J Jayalalithaa, the riveting and polarising subject of her biopic, who was dubbed the Iron lady in Indian politics.

Is it just gimmick from an actor who loves being dramatic or is there a grain of truth to her observation?

In the select press interactions ahead of the release of ‘Thalaivii’, out in UAE cinemas on September 9, Ranaut told a journalist about how certain scenes in the film reminded her of her own struggles in life. Just like the late Jayalalithaa who made it big as the four-time chief minister of Tamil Nadu without any lineage or political dynasty backing her, Ranaut too believes she battled patriarchy, sexism and unfair trade practices at her workplace.

In that interview, the ‘Queen’ star drew parallels between her reality and a scene that was being shot for the film chronicling the politician and former actress’ eventful and checkered life.

“It is actually uncanny that when we were shooting the scene of Jaya Amma getting assaulted in the assembly; Shiv Sena was breaking my house. It was happening exactly around the same time. I was on the set and shooting these scenes (assembly assault of 1989), this drama was going on in Mumbai. I felt like real and reel life are clashing into each other,” said Ranaut.

Earlier this year, Ranaut — who is a staunch BJP supporter — had engaged in a war of words with Maharashtra’s ruling party Shiv Sena and criticised the Mumbai Police, claiming that she felt like the city she lived in was a conflict-ridden zone. In what seemed like a retaliatory measure to her critique of the establishment, Mumbai civic authorities under Shiv Sena’s purview bulldozed certain wings of her office claiming it was illegally constructed.

Just like iconoclast Jayalalithaa, who died on December 5, 2016, and who’s deified and vilified in equal measure, Ranaut — who’s a self-titled clutter breaker — didn’t back down under pressure even as her posh office was being shaved away. She bulldozed them back by cranking up her verbal and public take down of the authorities and beefing up her personal security fearing that her life is in danger.

Is it excessive or is it just self-preservation and survival tactics?

Both these accomplished women have never shied away from speaking their minds when it came to calling out perceived wrongs and evils against them.

For instance, in one of the rare interviews Jayalalithaa gave after becoming the Tamil Nadu chief minister in late 1992, she claimed that she was being targeted because she was a woman. While her devotees revere her as their ‘amma’ (mother) who can do no wrong, her detractors often labelled her an authoritative dictator with zero tolerance to criticism. 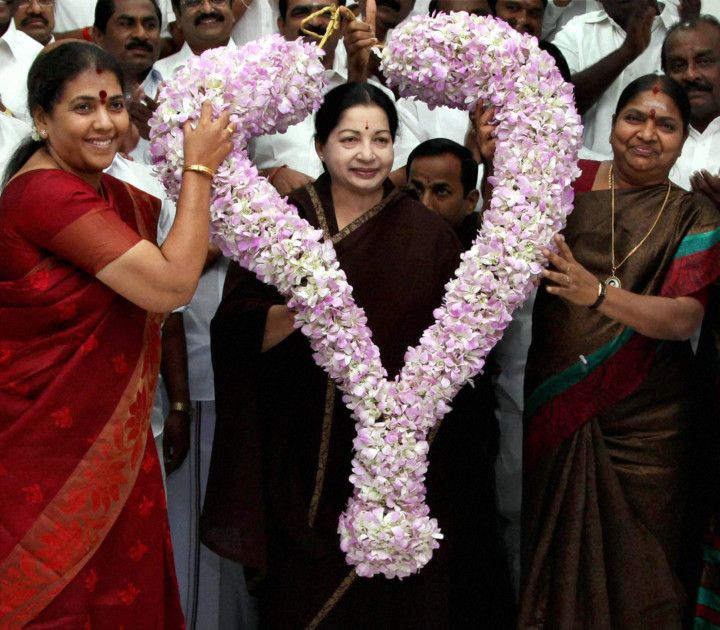 Political folklore in Tamil Nadu is heaving with tales of her wrath where she famously threw her footwear at her aide or assigned thugs to bodily harm journalists who criticised her. Incidentally, Ranaut claimed that director Mahesh Bhatt — who launched her in Bollywood with the 2006 thriller ‘Gangster’ — threw a slipper at her during the film’s preview.

“Seeing the battering that I am receiving from the press and the opposition, no decent woman wants to come to politics today … I am being portrayed as some kind of a medieval monster … If the people were to really believe all that has been written about me in the press then I must be the most evil person in the country today, and I could never have come to this position,” said Jayalalithaa during that interview.

If Jayalalithaa fought hard to make a place and an indelible impression in male-dominated Indian politics, Ranaut is keen to create a lasting legacy as an actor who waged a war against patriarchy in Bollywood, an industry that idolises and worships male actors and pays them more.

Just like how Jayalalithaa had raised concerns about male-driven Indian politics, Ranaut has often blasted Bollywood for being hostile towards her for being a woman and an outsider. She even called out the Hindi film industry for being cloyingly clannish, dynasty-obsessed and toxic.

She famously labelled Karan Johar, a top Bollywood producer and power broker, ‘the flag-bearer of nepotism’ and didn’t care about making an enemy of one of the most powerful players in Indian cinema. Ranaut, who was born in a small town in Himachal Pradesh, openly spoke about how privileged Bollywood star kids made fun of her accent while speaking English and were bullies at parties.

Her constant and relentless attacks on Johar prompted him to declare that he is ‘tired of Ranaut playing the gender and victim card’. Ranaut shot back: “I am using the badass card … At the workplace, it’s the badass card to fight cut-throat competition. With my family and loved ones, it’s the love card. When fighting the world, it’s the dignity card, and for a seat on a bus, it’s the woman card. What is important to understand is that we are not fighting people, we are fighting a mentality. I am not fighting Karan Johar, I am fighting male chauvinism.”

Just last week, she also famously took on multiplex and cinema owners in India for not giving ‘Thalaivii’ producers adequate support and not giving her labour of love a sturdy berth to release. 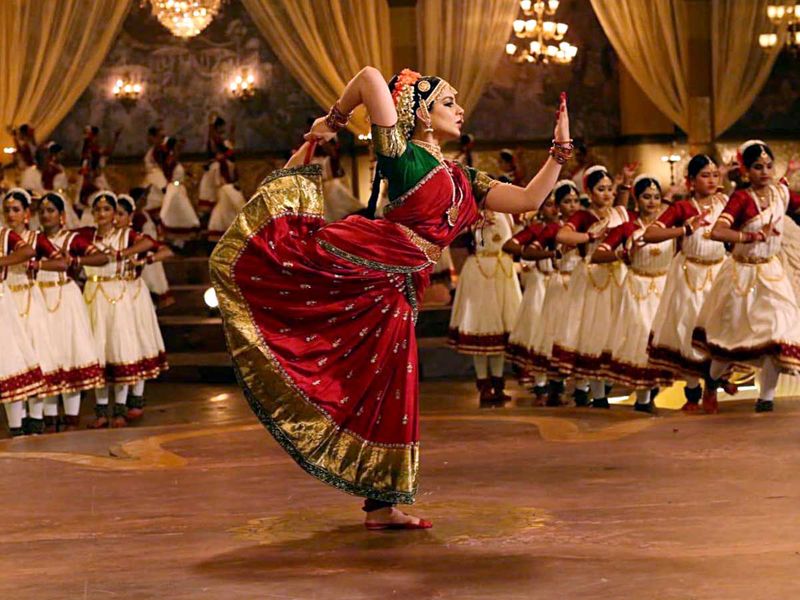 “Cinema halls and multiplex chains are not allowing us to run the film … Theatres and multiplexes should leave ‘gangism’ and ‘groupism’ behind and think of ways to bring the audiences back to the cinema halls,” said Ranaut in a video message on Instagram.

While we cannot verify the veracity of her claims that she’s being punished as an artist and her movies are being throttled unfairly, trust Ranaut to take make a big noise about it. Her bold and brassy moves remind you of that interview of Jayalalithaa with host Simi Garewal where she claimed that politics had hardened her as a person and that she has learnt ‘to give back as good as she gets’. She was naive when she got into politics, but toughened as the years went by, said Jayalalithaa.

Ranaut has always maintained that her success in Bollywood is self-made and that she didn’t have powerful actor parents or producers shepherding her or grooming her to take on the Bollywood throne. Jayalalithaa has often said that she entered politics by fate, downplaying the role of her mentor and actor-turned-politician M G Ramachandran. He founded the party All India Anna Dravida Munnetra Kazhagam (AIADMK), the party she inherited. Actor Aravind Swamy plays the late leader and actor MGR. 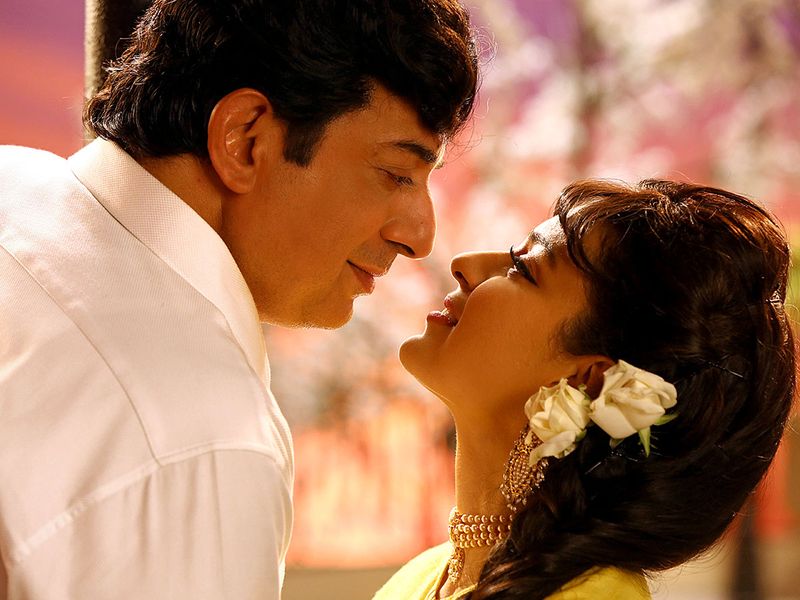 Ranaut is fatalistic too and doesn’t let anything slide. She infamously used her social media platforms to launch unsubstantiated attacks against her colleagues and her workplace. Her vitriolic tweets against her contemporaries Taapsee Pannu and Swara Bhasker are often in bad taste. Her account on Twitter was suspended last May because of her hate speech and a tweet that incited communal violence. 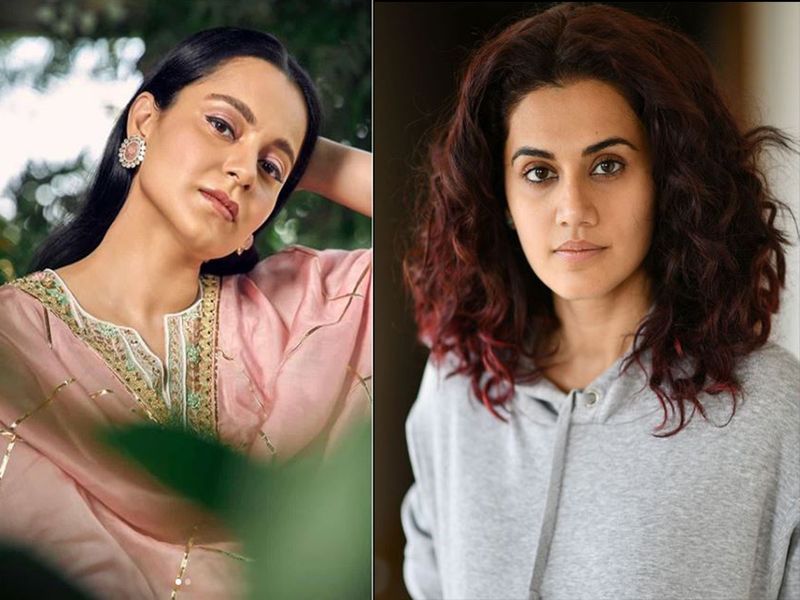 Ranaut may be a popular idol with immense bankability that rivals her male colleagues, but she’s decidedly peerless — just like Jayalalithaa who had very few people whom she trusted as a part of her inner circle. If Ranaut’s sister Rangoli Chandel is her sounding board and confidant, Jayalalithaa’s aide Shashikala was her go-to person for a long time.

Both Jayalalithaa and Ranaut were born to different eras (there was no social media), but they seem to be terrific and sometimes terrifying trail blazers who took on life and its twists on their own terms.

While Ranaut may be convinced that her life and the former Tamil Chief Minister’s legendary life have striking similarities, we can all agree that these are women whom you can love or loathe, but you can never ignore them. 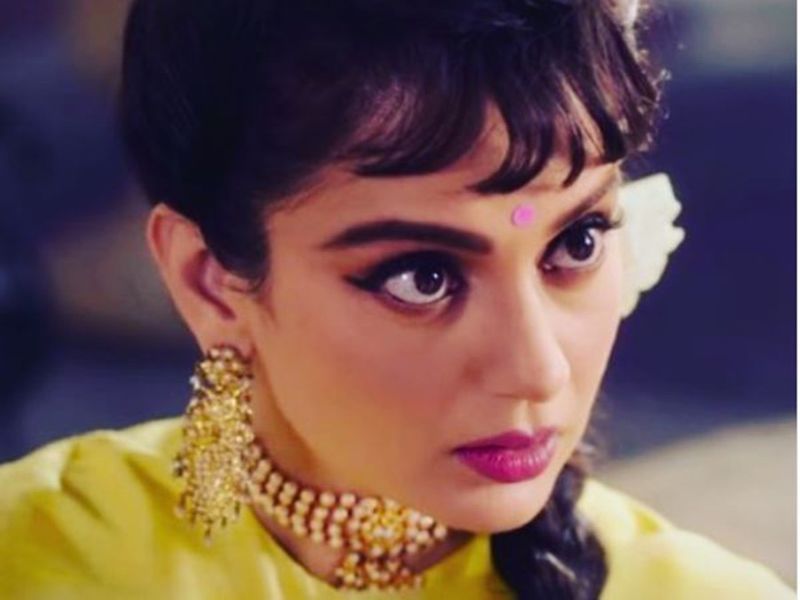 ‘Thalaivii’ will be out on UAE cinemas on September 9