Actor Priyanka Chopra Jonas is celebrating her furry friend Diana Chopra Jonas’ fifth birthday. While Diana Chopra always stays in style, her birthday party was much similar to her personality. From an Instagram trend video to a cake full of treats, here are some glimpses of Diana’s birthday celebration.

Priyanka Chopra and Nick Jonas’ pet chihuahua Diana recently rang into her fifth birthday. The pooch’s Instagram handle saw some videos of her and Priyanka all dressed up on the “Bezos” trend. The video was a compilation of Diana and Priyanka’s all dressed up clips. The caption read, “Everyday is my day at the #Jopra house… #HappyBirthdayToMe 🥳.” 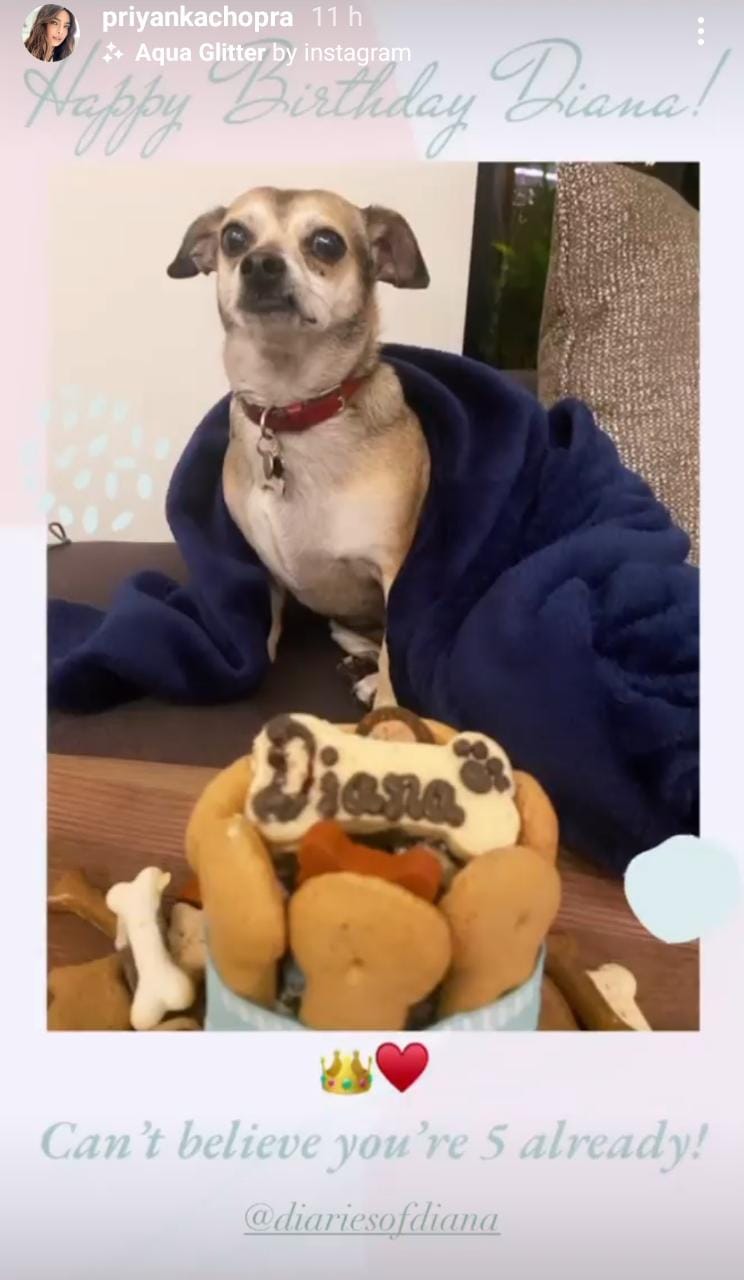 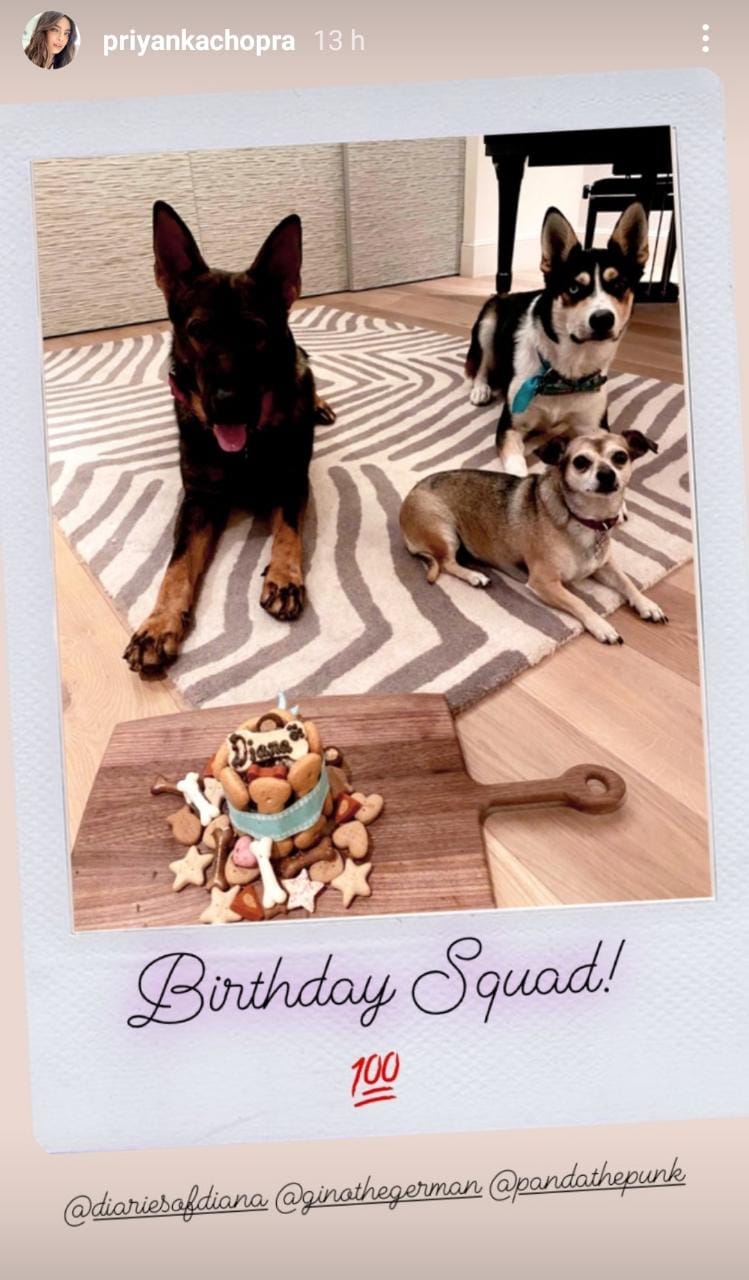 The story behind Priyanka Chopra and Diana’s close bond

Priyanka Chopra is often seen with her pet dog Diana. Several times Diana accompanies Priyanka on her sets. She is also often featured on the actor’s IG stories. Earlier this year, Priyanka opened up on her special bond with her pup. Reportedly, the actor revealed Diana was rescued from the streets of Atlanta and was her first pet in the US. Since Priyanka and her family has always had pets, she did not feel home was a home without a dog. Other than Diana, Priyanka Chopra and Nick Jonas also have two more dogs named Gino and Panda.

While Priyanka Chopra was recently residing in London, her pet pup Diana accompanied her. On July 2, Priyanka Chopra posted a photo of her and Diana’s reunion after her quarantine. In the photo, Priyanka was hugging Diana and smiling while sitting on a furry chair. She wore a white t-shirt and no makeup in the candid snap. In the caption, Priyanka wrote, “Reunion ❤️.”