Nick Jones having a Snack off Priyanka’s bum,…

Global celebrity Priyanka Chopra posted a photo via her official Instagram account with her husband Nick Jones and becomes viral in very few hours. Priyanka and Nick met at the grand fashion event Met Gala 2017, where they represented designer Ralph Lauren. After dating for several months Nick had shut down an entire Tiffany’s store in New York to pick out Priyanka Chopra’s ring. He proposed PeeCee on her birthday. The love couple tied the knot at Umaid Bhawan Palace in 2018.

Nick Jones and Priyanka Chopra both are occupied with their work schedule. But the couple shows their love and embraces each other and never fails to have fun even in the hectic schedule. Peecee is returned to Los Angeles from the UK, has shared a picture where she and her husband are having a little extra fun by the beach. 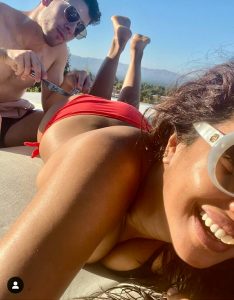 Taking to her Instagram post, in which nick can be seen having a snack off Priyanka’s bum. The actress is seen laughing at the camera as she takes a selfie. She wrote, “Snack,” with a fork, knife emoji, and a heart emoji. The Bajirao Mastani’s actress shared her bold pose in a black and red bikini, she wrote “Sundays like this tho (sic).” 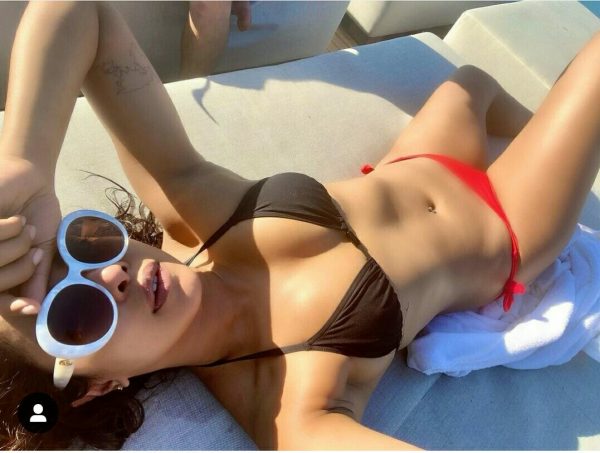 Bollywood Actress and Priyanka’s sister Parineeti Chopra reacted to the post and shows that she is not ready for this much PDA on her Instagram. Priyanka posted a sun-kissed picture with her husband Nick Jonas by her side and some cutlery in his hands (Priyanka’s caption explains why. She captioned it “snack”). So, Priyanka Chopra and Nick Jonas have been trending for their PDA post and Parineeti couldn’t halt herself to comment and wrote “Jeej! Mimi didi! What is going on here? The family is on Instagram. Tries to hit like button with eyes closed.” Parineeti’s comment had over 28,000 likes (and counting) on Instagram. 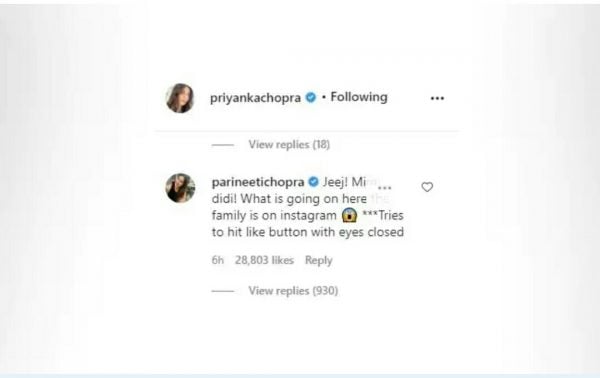 PeeCee will be seen in her upcoming projects Citadel, The Matrix 4. Priyanka announced her big Bollywood comeback, Jee Le Zaraa with Alia Bhatt and Katrina Kaif. The film will be directed by Farhan Akhtar.