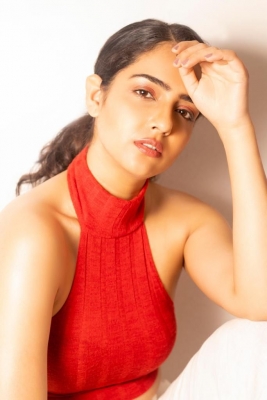 The music video of the song has been shot in Manali. Talking about her experience of shooting in the mountains, Malvi said, “We shot it in Manali. It’s a lovely place to be and to shoot. It’s a beautiful sad song. People will relate to this song like never before. It has soothing music and lyrics. The video is heartwarming and I am very excited.”

The music video is directed by Raaj Aashoo and the lyrics are by Sayeed Qadri.

“I hope this song can be the song of the year. It will make people nostalgic and they will think of that one love that we all have in life. I can’t contain my excitement for this one. Love and light to all. Let’s all get vaccinated and prepare against the pandemic,” said Malvi.

The actress is known for her roles in known for films like ‘Hotel Milan’ and ‘Udaan’.

The ‘Shikwa’ music video has been produced by Bullman Records and is likely to release on September 20. 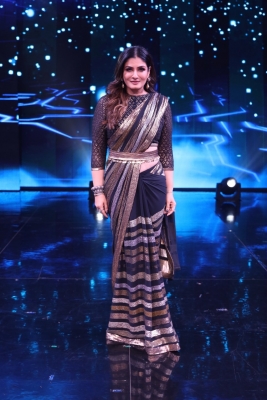 Though show is judged by Shilpa Shetty Kundra, Anurag Basu and Geeta Kapur but this time for a change Anurag Basu won’t be there among the judges.

One of the contestants Neerja with guru Bhawna will be presenting an act on the famous track, ‘Yeh Raat’ from the movie ‘Aks’ featuring Raveena. Looking at their choreography Raveena was impressed and complimented their dance moves.

She said: “I really liked the concept that you guys chose. Neerja performed this act so cutely and the overall dance was very powerful; every step had a lot of energy. This is not a very fast paced song, so it is very important to hold your step on every beat and Neerja did it beautifully at such a young age.”

The song is also the comeback track of popular ‘Titliyaan’ singer Afsana Khan. 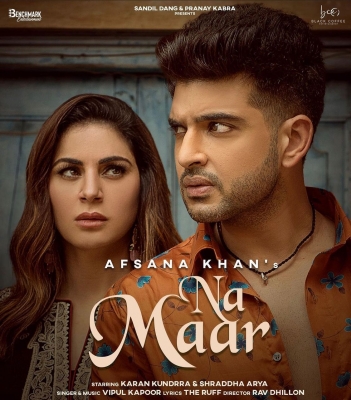 In an exclusive chat with IANS, Karan said, “I have been living with the song for almost 4 to 5 months before we actually went to Mandawa, which is like three and half hours away from Jaipur, where we shot for this. I am very happy that the director was meticulous. He is young but very well-prepared. He knew exactly what he wanted and did not overshoot or take extra shots.”

Karan is seen opposite actress Shraddha Arya in the video. Talking about his chemistry with his co-actor, he shared, “Shraddha and I met on the sets and we got along really well. It was a lot of fun. It was two and a half days’ shoot in that beautiful location of Mandawa. It is a very colourful song with a pretty straightforward storyline. Shraddha has done a fabulous job. The experience was fantastic overall.”

Composed by Vipul Kapoor and penned by The Ruff, the song is a sad romantic number. Afsana Khan is known for doling out some of the most heart-wrenching songs.

Malaika eyes wellness, lifestyle for her next business foray

Mumbai– Actress Malaika Arora has broadened her entrepreneurship horizon with Malaika Arora Ventures. She says her goal is to actively look out for and purposely invest in lifestyle, health and wellness brands. 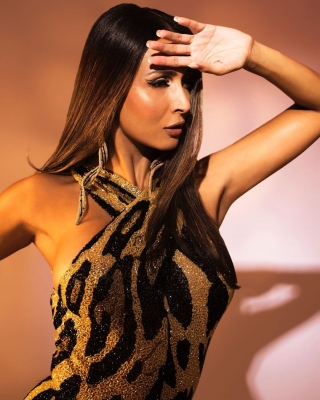 Malaika successfully established herself as a strategic business investor, with handpicked tie-ups and investments under her business company called Malaika Arora Ventures (MAV).

The 45-year-old actress has sealed tie-ups with e-commerce brand Label Life in the fashion space, SARVA Yoga in fitness and her most recent venture with Rebel Foods’ Nude Bowl in the clean eating space.

Malaika launched her delivery-only restaurant called ‘Nude Bowls’ in August. It was created by her with an aim to provide the customers with healthy, nutritious meals in a bowl without any hidden ingredients. According to Malaika, ‘Nude’ stands for ‘Nutritious, Undisguised, Delicious, Eats’.

Talking about her ventures, entrepreneur Malaika says: “Our goal at Malaika Arora Ventures (MAV) is to actively look out for and purposely invest in lifestyle, health and wellness brands. Label Life, SARVA Yoga and now Nude Bowl have been our first steps in each of the three directions we have had in mind – Fashion, fitness and wellness.”

Mumbai– Television actress Nia Sharma is the new wild card entry in ‘Bigg Boss OTT’. It is going to be intriguing to see what kind of twists she will bring along and which connection or contestant will be her target. 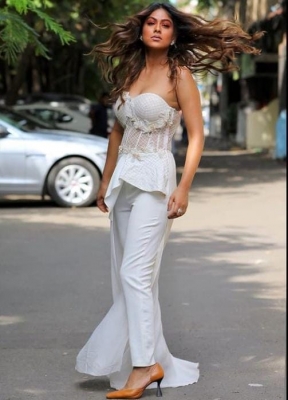 Nia who is known for her roles in ‘Jamai Raja’, ‘Naagin 4’ and many more expresses her excitement and also shares about her strategy and favourite contestant.

She said: “I have always been in the news for entering ‘Bigg Boss’ but never worked out; finally, the time has come. After all, I am over-the-top. I have been following the show 24×7 and I know exactly what I have to do once I am inside. Well, I can give a little hint that Pratik Sehajpal is one of my favourite contestants and would want him to become my connection.”

Nia added: “My strategy is simple, to live and let live but yeah you never know what my actual strategy is. So gear up for over-the-top spices. Stay tuned!”

So now it’s time to wait and watch. 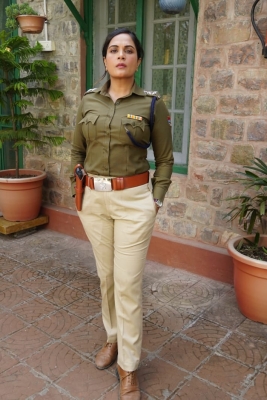 “Portraying the role of a cop was not easy”, said Richa.

She added: “It demanded a very different mental make up. I was lucky enough to hang out with some female cops and understand the dual pressures of managing the needs of the family in the Indian social set up, and working as a law enforcer.”

Richa will be seen next in Voot Select’s original web series, where she will be donning the avatar of a cop for the first time.

It also has actor Ronit Roy in a lead role. ‘Candy’ is helmed by Ashish R. Shukla.

The series has a mix of suspense and mystery where Richa will be seen investigating sinister murders in a school in a small town. (IANS)