When Money Heist’s Raquel impressed all with her… 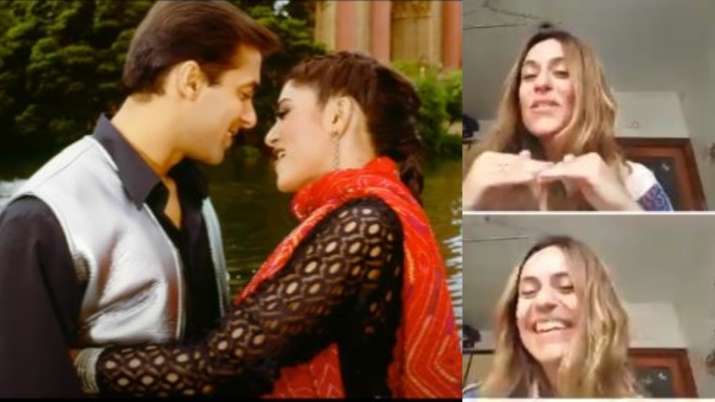 A Bollywood crossover with International talent is always fun. Remember when Money Heist’s ‘Inspector Raquel Murillo’ won the Internet with her rendition of Salman Khan and Sushmita Sen‘s popular ’90s track Chunari Chunari? The song from the film Biwi No 1 has been one of the superhits from actors’ playlist that not only got Bollywood fans grooving to its peppy beats but also Spanish actress Itziar Ituño, who plays Raquel Murillo in the Netflix series Money Heist.

Last year, while talking to a news portal, the actress shared her love for Bollywood and candidly broke into a candid jamming session humming ‘Chunari Chunari’. The video was viral on social media and netizens couldn’t help but watch Murillo’s clip on a repeat mode. In the video, she says, “I enjoy Bollywood dance a lot.” And then when nobody was expecting she starts humming the song ‘Chunari Chunari.’

Not only netizens but actress Sushmita Sen, who features in the song with Salman Khan was also taken by surprise. Responding to a fan who shared the video on Twitter, Sen tweeted, “Yeh baat!!!” followed by a bunch of emojis and hashtag ‘#ChunariChunari’. Watch Money Heist singer crooning Chunari Chunari and Sushmita Sen’s reaction to it!

For the unversed, the Spanish heist thriller series, “Money Heist” (originally titled “La Casa de Papel”) started in 2017 and has so far two seasons of two parts each. The upcoming part five will mark the finale of the show.

The Alex Pina series tells the story about a criminal mastermind who goes by the name of The Professor, who plans the biggest heist in history — to print billions of euros in the Royal Mint of Spain. Helping him in his ambitious plan are a group of specialists who go by names of cities. The group takes hostages to help them in negotiations with authorities are gunning to nab The Professor.

The show will pick up from that cliffhanger, with quite a few plot strands to resolve when the show returns. Previously in Money Heist, the gang attacked the Royal Mint of Spain (parts one and two), while parts three and four revolved around the gang’s attempt to melt all the gold inside the Bank of Spain and take it for themselves.