A peppy dance video of a 63-year-old has caught the attention of the internet, mesmerizing the viewers. Known as the ‘dancing dadi,’ Ravi Bala Sharma was seen clad in pink traditional attire salwar suit, as she perfects the groovy moves on Bollywood actress Madhuri Dixit’s popular soundtrack Koi Ladki Hai from the film Dil To Pagal Hai. The footage shared on her official Instagram handle has amazed the viewers as many agree that the woman brings new meaning to the song with her lively spirit.

Since shared, netizens showered appreciation for the woman, admiring her talent, energy, and vigour with which she pulled off the popular dance number from the 90s. The movie, directed by the late Yash Chopra, at the time was popularised by its groovy soundtracks, this one is one of them. “Love your hair and confidence,” a netizen wrote admiring the woman’s outstanding performance. “Amazing spirit,” one other says. “Loved your hairstyle,” meanwhile the third wrote. Another said, “so beautiful,” and yet another commented “love this,” making applaud emoticons. The lady, who flaunts 158k followers on Instagram, was declared a ‘queen’ by her fans and well-wishers. 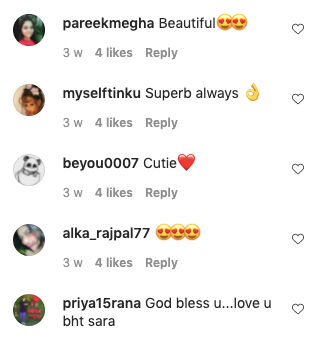 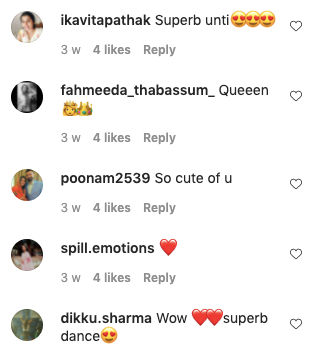 Earlier, hearty footage of an elderly woman similarly grooving at a wedding party displaying immense energy and vigour amused the internet. Shared by user Sanam Sharma, the footage featured his mother who was seen giving the enthusiastic performance by shaking a leg on the Bollywood dance number. Monika Sharma’s foot-tapping performance stunned the audience as she danced away to the rhythm wowing her spectators. “My rocking mother,” the caption to the footage read. The video accumulated close to one million views. Users showered praises on the elderly lady’s ace dance moves as those around her get charged up, and smile while a few stand appreciating and applauding her performance.  Users were left impressed at the lady’s display of motivation and level of energy that prompted other guests to join her in the dance. Many admired the woman’s dancing skills as one wrote, “What a dancer.” Another agreed saying, “dancing moms always rocks.”