Sonakshi Sinha’s hilarious reply to a fan who…

Sonakshi Sinha recently held an ‘Ask Me Anything’ session on Instagram where she interacted with her fans and was seen giving some witty and hilarious answers to their questions. She cracked us up with a hilarious reply to a fan who asked for ‘Bikini Photographs’. 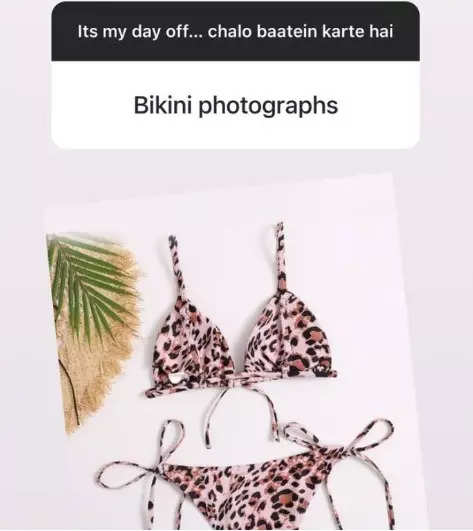 As per the fan’s request, Sonakshi rightly shared a picture of a bikini leaving everyone in splits. Another fan asked her, ‘Kya khau jo weightloss ho jaae’, to which she responded by saying, ‘Hawa khaiye ap! Hmmmm’

Sonakshi Sinha, who has been the victim of trolling on social media, had quit Twitter last year. The actress also opened up about the same on Instagram where she said, “How i got myself off Twitter and away from the negativity. Some people are celebrating like they won something… im happy for you, tumhe laga raha hai na… lagne do, kisi ko koi farak nahi padh raha.’

Elaborating further, she added, “But let’s face it, I’ve cut the direct source of insult and abuse in my life. Ive taken away YOUR power to be able to say whatever it is that you want to me, my family and my friends. Ive taken away that access you had to me, that i had given you so trustingly. So theres only one winner here. Me.’

Meanwhile, on the work front, Sonakshi will next be seen in ‘Bhuj: the Pride of India’ which also stars Ajay Devgn, Sharad Kelkar and Nora Fatehi in key roles. The film is set to release on an OTT platform.